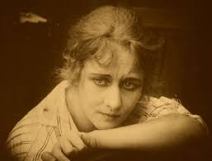 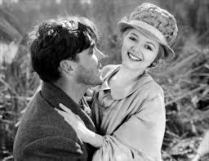 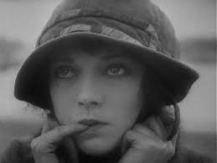 Battle of the Somme (Dir.Geoffrey Malins, 1916)  (Screening format – not known, 77mins)  The Battle of the Somme gave its 1916 audience an unprecedented insight into the realities of trench warfare, controversially including the depiction of dead and wounded soldiers. It shows scenes of the build-up to the infantry offensive including the massive preliminary 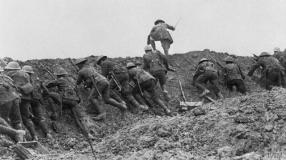 bombardment, coverage of the first day of the battle (the bloodiest single day in Britain’s military history) and depictions of the small gains and massive costs of the attack. The Battle of the Somme remains one of the most successful British films ever made. It is estimated over 20 million tickets were sold in Great Britain in the first two months of release, and the film was distributed world-wide to demonstrate to allies and neutrals Britain’s commitment to the First World War. It is the source of many of that conflict’s most iconic images. It was made by British official cinematographers Geoffrey Malins and John McDowell. Though it was not intended as a feature film, once the volume and quality of their footage had been seen in London, the British Topical Committee for War Films decided to compile a feature-length film.  Find out more at wikipedia.org.   Presented as part of the Somme100Film Centenary Tour.    Accompanied by a live performance from the Cobweb Chamber Orchestra, conducted by Andy Jackson.  Tyneside Cinema, Newcastle. Link

Der Müde Tod (aka Destiny, aka Behind the Wall) (Dir. Fritz Lange, 1921) (Screening format – DCP, 98mins)  (Screening format – DCP, 98mins)  Der Müde Tod (literally The Weary Death) has often been overlooked even amongst Lang’s earlier work but it is a film rich in expressionist imagery and featuring innovative special effects work. It has been hugely influential, with directors such as Alfred Hitchcock, Ingmar Bergman and Luis Buñuel citing it as a direct influence on their own work. In the film, a young woman (Lil Dagover) confronts the personification of Death (Bernhard Goetzke), in an effort to save the life of her fiancé (Walter Janssen). Death weaves three romantic tragedies and offers to unite the girl with her lover, if she can prevent the death of the lovers in at least one of the episodes. Thus begin three exotic scenarios of ill-fated love, in which the woman must somehow reverse the course of destiny: Persia, Renaissance Venice, and a fancifully rendered ancient China.  Find out more at silentfilm.org.   With recorded soundtrack.  Home Cinema, Manchester  No link as yet  NB   Film screens multiple times at this venue over seven days.

The Adventures of Prince Achmed (Die Abenteuer des Prinzen Achmed) (Dir. Carl Koch and Lotte Reiniger, Ger, 1926) (Screening format – not known, 72 mins)   Based on the classic collection of stories “Arabian Nights,” the film tells the story of an evil African sorcerer who tricks a young prince named Achmed into riding a wild magical flying horse which he does not know how to control. The evil sorcerer assumes that the Prince will eventually get thrown from the flying horse and plunge to his death. However, Prince Achmed manages to tame the flying horse and instead gets whisked away into a series of adventures that include encounters with Aladdin, the Witch of the Fiery Mountains, the beautiful Princess Pari Banu and of course a showdown with the evil African sorcerer. This German animated fairy-tale film  is the oldest surviving animated feature film.  It features a silhouette animation technique co-director Reiniger had invented which involved manipulated cutouts made from cardboard and thin sheets of lead under a camera. The technique she used for the camera is similar to Wayang shadow puppets, though hers were animated frame by frame, not manipulated in live action.   With live musical accompaniment by Chris Davies.  Hyde Park Picture House, Leeds Link