We were in amongst a very full house at the Cinema Museum tonight for one of the Kennington Bioscope’s regular silent film screenings.  Adding to the sense of anticipation was the presence of renowned silent film historian Kevin Brownlow who was introducing the evening’s films.

Before the main feature, Kevin introduced three period quasi-documentaries, made by three different film companies, to highlight their activities.  The first, Behind The Screen, made by Universal in 1915 had some stunning shots of the studios (built on the site of a former roadhouse which had fallen on hard times due to prohibition, according to Kevin Brownlow) and what was at the time the world’s largest film production facility.  Multiple films were shown being shot side-by-side on a large stage, sets being built, scenes shot and the sets 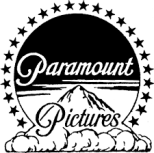 replaced apparently at an astonishing pace (but given that Universal produced some 41 films in 1915 the pace is perhaps not surprising).

Finally, we saw MGM’s Studio Tour, made in 1925 for the annual shareholders meeting.  Again, there was a tour around the many divisions within the studio, including the screen writing department which included a young Howard Hawks (presumably just prior to his departure to Fox where he began directing).  Amongst the many MGM directors shown were Von Stroheim, King Vidor, Victor Seastrom (Sjostrom) and  Frank Borzage.  There was footage of Norma Shearer with some of her voluminous fan mail and of Lucille Le Sueur before she became Joan Crawford.  The studio was heavily involved at the time in filming Fred Niblo’s blockbuster Ben Hur and as well as seeing actors in their Ben Hur costumes there was also a line up of just some of  the 47 cameramen employed to shoot the epic chariot race.

Despite the fact that some of the scenes in these three documentaries were obviously staged, they still presented a fascinating picture of the scale and range of studio work underway, even as early as 1915.  Some of the footage, especially of those involved behind the cameras and behind the scenes was particularly interesting.  Doubly so because when would we ever get an opportunity to see films such as these again!

Then it was on to the main feature, Man Woman and Sin (Dir. Monta Bell and John Gilbert, 1927).  In 1927 John Gilbert was at the height of his career.  He was fond of a poem called “The Widow in the Bye Street” by John Masefield. He wanted to film it, but Louis B. Mayer was not

interested.  However, he persisted and with the assistance of Monta Bell and screen writer Alice D. G. Miller, they produced an Americanised version in Man, Woman and Sin with Gilbert as un-credited co-director.

In the film, Albert Whitcomb (Gilbert)   is a naïve young newspaper reporter who has risen up from poverty with the help of his devoted mother (Gladys Brockwell).  When he has to accompany Vera Worth (Jeanne Eagels) (pictured, below right) , the newspaper’s society editor, to a society ball he is immediately besotted with her.  Unbeknownst to Whitcomb, Vera is in a relationship with the newspaper’s owner, Bancroft (Mark McDermott).   However, Vera is attracted by Whitcomb’s naïve charm (and also annoyed at Bancroft’s current inattention).  When Whitcomb spends his and his 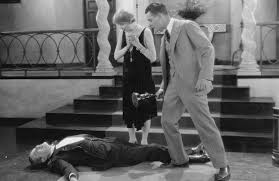 mother’s savings to buy Vera an expensive bracelet she begins to fall for him.  But when Bancroft finds them together in Vera’s apartment she rejects Whitcomb.  A fight breaks out, 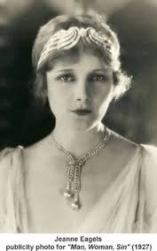 and Whitcomb kills Bancroft in self-defense.  At the subsequent trial, Vera (to protect her own reputation) refuses to defend Whitcomb and he is found guilty and condemned to hang.  Only after Whitcomb’s mother talks to Vera does she recant her evidence and he is freed.  Vera watches him leave prison before driving off while Whitcomb walks away with his ever devoted mother.

On release, Man Woman and Sin was neither a critical nor a popular success.  One reviewer said after seeing it that it felt “…as if one has seen the most depressing show in one’s life.”  Another assessed it as “Box office possibilities not above average with the exception of localities where Gilbert is strong enough to draw on name, aided and abetted by the alluring title.”  Yet it is probably Gilbert’s performance that lets the film down.  At the time, he was at least ten years too old to play the naïve young Whitcomb (and in the film he looked even older!).  Despite his best efforts within these confines he was not

convincing.   At the same time as this film was released, audiences could see Gilbert and Garbo  in Love (1927).  Why would they want to see Gilbert as an immature mother’s boy?

And yet the film isn’t that bad.  But most of the credit for this must go to Jeanne Eagels.  Despite a reputation of being difficult to work with, due largely to drug and alcohol problems (John Gilbert reportedly described her as the most temperamental actress he had ever worked with), Eagels had undoubted acting talent and was also strikingly beautiful. She is utterly convincing as the sophisticated but hard-edged mistress gradually succumbing to Whitcomb’s naïve charm. As for the scene near the end where she looks at Whitcomb through the rear window of her car before driving

off (image, right), this will stay with you forever.  Despite her reputation, Monta Bell was apparently keen to work with her again and she got a posthumous Oscar nomination for one of only two ‘talkies’ she made.  Her premature death is yet another question of  ‘What might have been…?’ .  There are other excellent moments too, as Whitcomb cowers in the derelict house and his mother finds him we see first just the shadow of her hand reaching out to him, or when he scours the 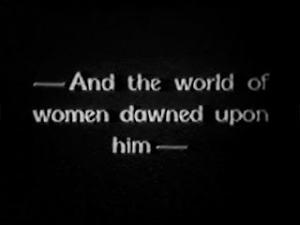 newspaper offices seeking someone to show-off his new-found sophistication yet everybody is too busy to notice. And the film did include one of my favourite inter-titles of all time. Having naively failed to notice an attractive telephonist’s efforts to chat him up, Whitcomb notices a racy newspaper advert….. “And the world of women dawned upon him”

So thanks go out to the Kennington Bioscope and Kevin Brownlow for what is likely to be the only opportunity ever to see these four films.  And appreciation also to Cyrus Gabrysch for the beautiful live piano accompaniment.